Controversy in Marketing – The Pros and Pitfalls

Home/Blog/Controversy in Marketing – The Pros and Pitfalls
Previous Next

Controversy in Marketing – The Pros and Pitfalls

With so many marketing agencies vying for our attention, it’s fair to say that it can take something really different to stand out from the crowd. Shock tactics and campaigns that are considered controversial can be extremely effective when it comes to generating user engagement but they can also be risky.

An ill-advised decision can spell disaster for your brand image and in the worst case scenarios, it can even damage your reputation. When controversial marketing stunts go well, they have the potential to make your brand a household name overnight but as with any high-risk strategy, the line between success and failure is razor thin. 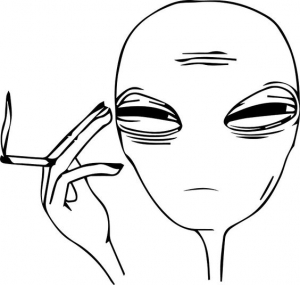 For well-established companies who already have a high profile public presence, pushing boundaries and challenging perceptions can help to convey their core values to the wider public.

The United Colours of Benetton’s “Unhate” campaign is a recent example of an incredibly daring and unusual initiative that divided opinion and significantly raised the profile of the organisation.

It featured various world leaders of the same gender, kissing. Though the majority of the world is beginning to accept same-sex relationships, this did still attract a great deal of criticism from people who rejected the adverts for being “disrespectful” and “crude.” The Canne’s Advertising Awards Festival saw the campaign a little differently, though and the United Colours of Benetton were honoured with an award for their daring and unusual approach. This kind of initiative is something that can backfire spectacularly and after complaints from the Vatican and other high-status organisations, it became clear that this controversial approach upset just as many people as it inspired. This is a particularly difficult example as the basis of the controversy was that the company were promoting tolerance of alternative lifestyles and ultimately, a more loving environment. What makes this so clever is that even the people who were offended are made to question their own perceptions by the overwhelmingly positive message of “un-hate.”

Controversy doesn’t always have to be caused by something deliberately shocking. In a world that is still adjusting to the ideals of equality and fairness, just telling the truth can be considered something of a taboo. In 2004 Dove used their “Real Beauty” campaign to challenge the accepted ideals around female beauty while also highlighting that more than half of women were unhappy with their appearance. The “sketches” video featured artist renderings of women based on their own self-image, as well as the perceptions of a stranger. The premise was that an FBI agent was asking for a description of a person, which is also quite a clever concept in itself. In almost every case, the picture based on the participant’s own self-image was considered “less attractive” than those based on the stranger’s description as the majority of women who participated admitted they were unsatisfied with the way they looked. This was so successful it is still widely considered one of the world’s first viral marketing campaigns and also enjoyed a reboot in 2018. By highlighting how unhappy many women are with their appearance, Dove managed to start a serious conversation about self-image among women while also promoting their own brand values. 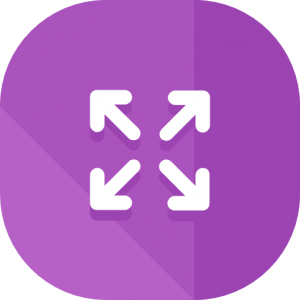 The Wrong Kind of Stereotype

Creating the right kind of controversy is very different from attracting attention for the wrong reasons. In 2017, the UK based supermarket chain the Co-Op ran a newspaper advertising campaign around Easter time. It specifically suggested that customers “thank their daughters for doing the washing up” by buying a chocolate egg. Though this might seem harmless to some people, it clearly re-enforces harmful gender stereotypes and the Manchester-based company were forced to issue an apology, following the campaign.

Shock Value For Its Own Sake

Humour can be fantastic for marketing, especially it feels honest and human. Unfortunately, for Paddy Power, the Irish based betting company, their attempt at classic British “banter” fell a little flat, back in 2015. During the serious and highly publicised immigration crisis that cost many people their lives, the organisation ran a campaign that involved large trucks and goods vehicles. They printed their well-known logo with a host of sporting figures from around the world, accompanied with the slogan “Immigrants, jump in the back, but only if you’re good at sports.” Though the tone of many of Paddy Power’s campaigns has been decidedly “cheeky” over the years, this one was considered a little too much by the majority of people who saw it. Crossing the invisible line that separates edgy and offensive is something that every agency wants to avoid. Though there is some truth to “all publicity is good publicity” this kind of stunt could spell the end of a smaller or less established company.

Though many failed marketing campaigns can be attributed to too many late nights, early mornings and deadline pressure, some are down to a lack of understanding of the potential connotations of certain words or phrases. In the wrong context, certain sentences can sound devastatingly offensive. Nivia’s ill-fated “White is Purity” campaign understandably created a huge amount of backlash. The awkward tag line was used for a marketing project that targetted customers in the Middle East, which many anti-racist groups found extremely offensive. To make matters worse, a number of far-right groups decided to co-opt the use of the slogan for their own purposes, suggesting that the cosmetics manufacturers were indeed supporters of extreme views. Nivia immediately apologised and withdrew the campaign, explaining that they did intend the message to be taken in that context. Though this is a particularly extreme example, it does demonstrate the potential damage a poorly conceived and deliberately controversial approach to marketing can be.

Ultimately, balancing a sense of risk of with a sense judgement is absolutely key when considering using controversial tactics for marketing purposes. Research thoroughly and unless you have the money, reputation and customer base to spare, always proceed with caution.